Teddy Wilson inspires with "Not Tonight", an homage to Lil Kim & Fem Queer People of C

The Best Halloween Parties in NYC 2019!

Taylor Swift - You Need To Calm Down!

See How Shawn Mendes Got Dressed For The 2019 Met Gala With VOGUE!

Shawn Mendes Gives Us New Music & Video! "If I Can't Have You" WATCH NOW 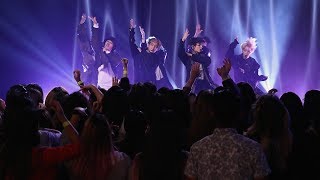 BTS Takes Over The Ellen Show!

They came, they conquered! BTS left their mark on yet another on American television platform; this time making their US daytime television debut by taking over the Ellen show. The boys were there to perform their crossover hit, "Mic Drop", and sit down face to face with the comedy queen herself. They were met with a crowd of screaming fans who had nothing but love for the Korean pop group, and the boys themselves promised to be back at it again on The Ellen Show sometime nex

Joey is 6’2 with black hair, and black eyes to match. This Korea-American model is signed with Red Model Management.

The Whimsicality Of Bobby Abley!

Known for his unique style, wit and attention to detail and humor, the brand combines the nostalgia of yesteryear with the modern playfulnes 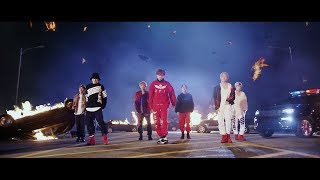 The boys of BTS have garnered a startling 2.1 billion views on YouTube and have grabbed the number one spot in over 73 countries!

Liam Payne continues to spread his wings as an up and coming solo artist, getting some help from Bella Thorne, who once again, is in a yet another music video! Hey, we ain't mad at it! Check out Bedroom Floor below! MORE BMS-TV